Meet Elmer. He’s a little shy, and likes staying in his comfort zone, but he’ll be your best giant friend if you give him some greens and a big hug. 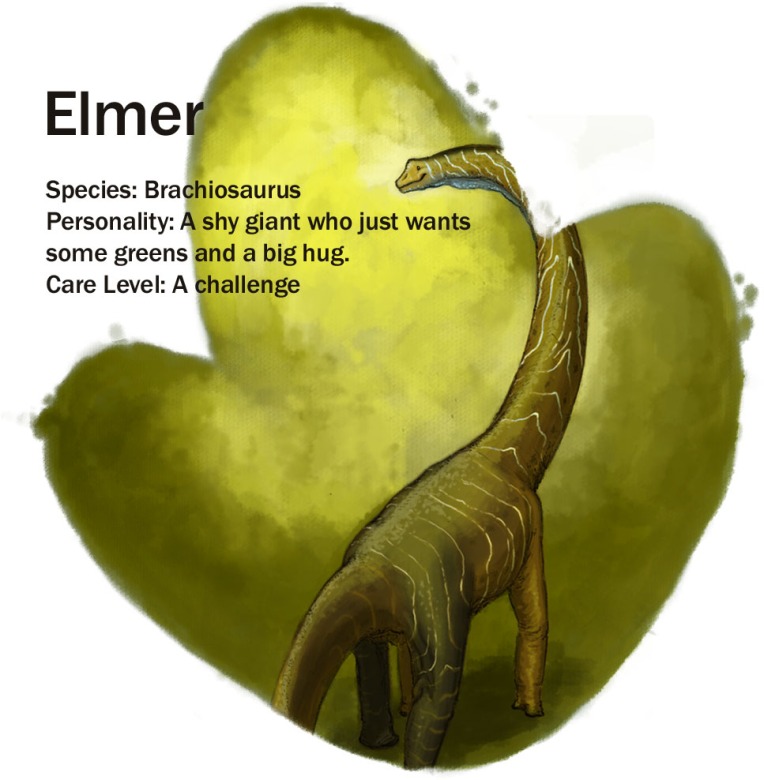 The best way to a dino’s heart is through his stomach, as they say.  Well, that’s not really the phrase, but I’m sure it’s just as true, especially when it comes to these long-necked sauropods. 🙂  I think the rough estimate is a solid cube- 5ft x 5ft – of vegetation in a single day to feed one of these guys.

Oh, there’s Elmer, browsing on a few of the trees that grow here in the pasture.  You’d think you’d see him right away, he’s so big.  But his striped pattern is surprisingly good camouflage in that grove of tall conifers.

What’s he looking at…? Oh, here comes Pete on the Kabota. He’ll be joining us here on the platform to feed Elmer.  If you lean over the railing a bit and look down, see that row of big boxes kinda spaced along the wall?  That’s where the big bunches of conifer branches and ferns will go.  They’re in the big shed behind us, the one to the left of the stairs we came up.

And here comes Elmer.  My goodness, he’s fast.  It looks like he’s moving slow, but with those long legs he sure covers ground quickly!  And so quiet…You’d think there’d be the big stomping footsteps you hear in Jurassic Park.

Hey there Elmer!  We have a friend to see you today. 🙂 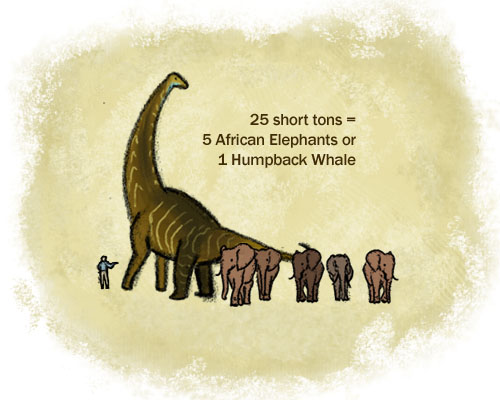 It’s hard to grasp how big these guys really are until you’re right next to them.  Come to think of it, that’s the way it is with most animals.

To think that Elmer is as heavy as 5 elephants.  Five!  And not just any elephant.  5 bull African elephants, which are about as big as it gets when it comes to land animals walking around today.

Here’s a video that helps put that into perspective…

So five of those guys is about as heavy as the average humpback whale.  Yes, Elmer here is every bit as big as a whale, and he’s not even the biggest sauropod out there!

Oh, hi Pete, we have a visitor today!

There you are, friend, a nice bunch of ferns you can give Elmer.  Just grab it at the end here, and make sure your fingers are in a nice, tight fist.

Elmer’s teeth are like pruning shears, so we don’t want to lose any fingers today by mistake.

I think he likes you!

I’ve been working on actually finishing the homepage image for a bit now, and I thought I would share my progress so far.

It’s an important part of the site, since it’s the first thing you see, and it’s the “front window” of Pete’s Paleo Petshop.

But it’s also a test.

So here is two weeks of sporadic sketching between posts, child herding, and making sure the house doesn’t fall apart. 😛  (I exaggerate, but truly, being a stay-at-home mom takes quite a bit more work than a lot of people think 🙂 ) 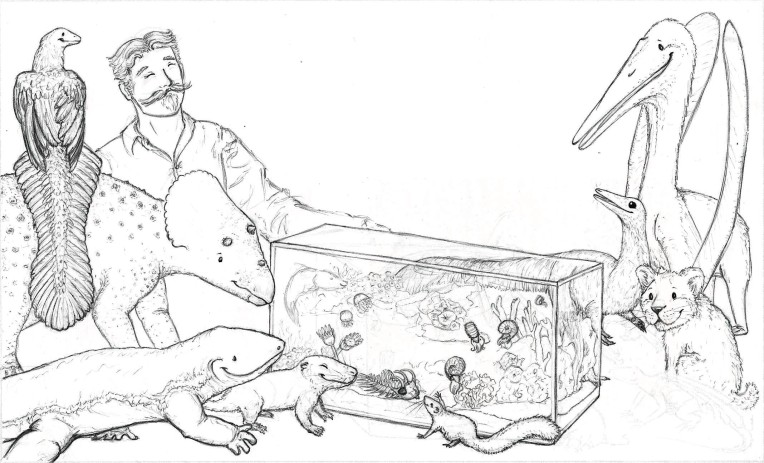 Compared to the current homepage…You’ll notice the little saber-tooth cub lost his fangs.  They’re just hidden behind extra large lips.  Turns out only tusks are exposed, so all saber-tooth cats should have their teeth nicely sheathed. 🙂

I did look at reference pictures, but research was kept to a minimum since most of these animals are not in the Jurassic period.  I’ll update the picture as I get to the appropriate periods, which may take a while. 😛 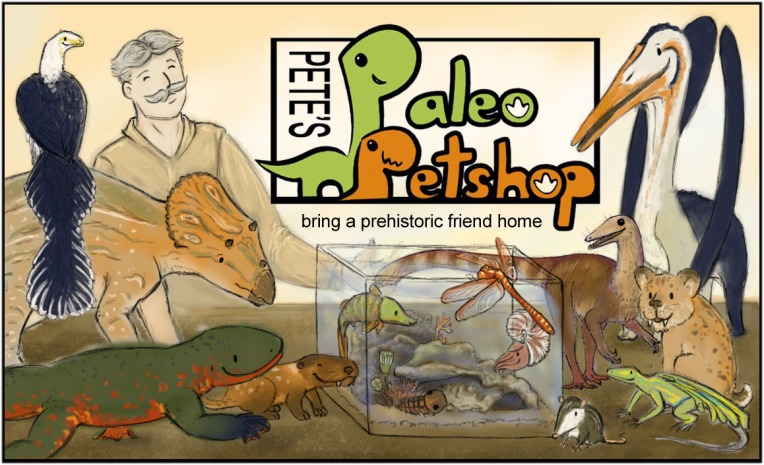 I hope you don’t mind getting wet, because this swimming critter loves to splash! 🙂

14 thoughts on “Critter of the Week: Brachiosaurus”