Meet Gulper. He’s the biggest, most easy-going fish in the sea.  All he wants in life is to drift through nice sunny waters.  He’d love it if you joined him for a swim, and you’re welcome to hitch a ride on his fin. 🙂 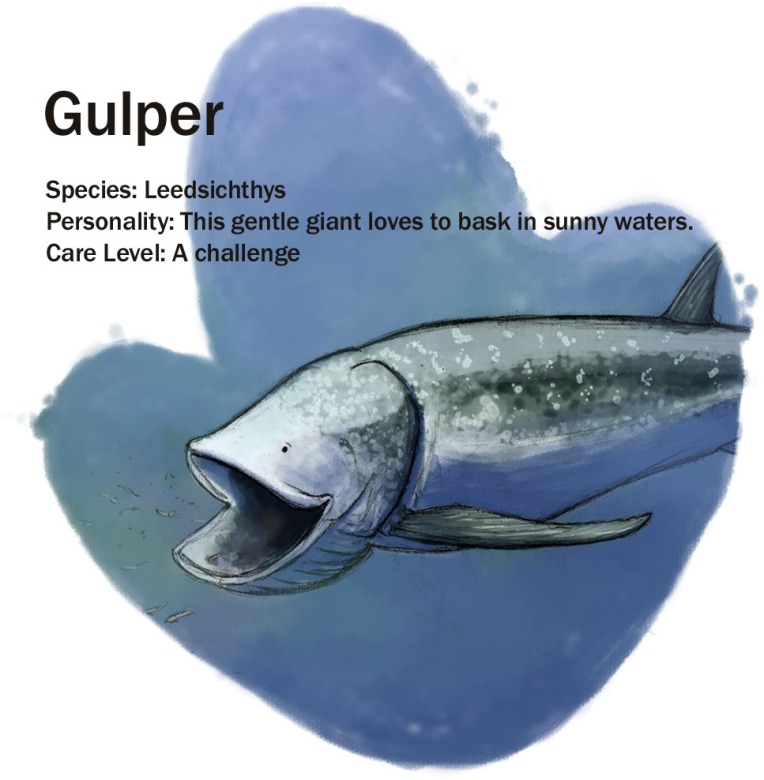 Gulper has a giant mouth, but don’t worry, all he eats are tiny sea critters called plankton- just like whales. 🙂

Also like whales, this guy is enormous!  Here’s a short video of a whale shark and diver, just to give you a hint on how big they are.

As big as the shark is, Gulper is even bigger. 😀

Probably not much bigger, and most reports you’ll find are greatly exaggerated.  But hey- whale shark size is still huge, and anything bigger than that is just about mind blowing!

Just for fun, here’s another clip.  This one is from the TV show River Monsters.  I’m not a fan of the way he talks about these fish as monsters- Gulper is pretty laid back- but it’s still interesting.  Keep in mind the length of the fish is probably exaggerated in the clip. 🙂

There are those weeks where it seems that you just breeze through every obstacle, and it feels like you’ve reached the summit of a mountain.  Those weeks are full of the thrill of awesomeness behind you, and the expectation of a great future full of promise.

This was not one of those weeks.

This week my hypothetical wagon got stuck in the mud, the wheel broke, and the horse decided it was going to sit and refuse to move a step further.  Many things I wanted to get done ended up spraying mud all over the place instead of going anywhere.  But at least it’s not raining. 😛

On the bright side, I did get a few more sketches done for the book’s storyboard. 🙂

Now that I have a more-or-less final version of the words, the ideas for the illustrations are really starting to gel nicely.  Makes me think I could’ve completed more drawings if I hadn’t been wasting time with technical stuff. But ah well…coulda-woulda-shoulda’s never did anyone any good. 🙂 So I think I’ll just focus on getting the storyboard and little picture-book dummy all done before tackling Mailchimp and WordPress issues again.  Besides, progress on pictures is way more interesting and fun than technical stuff.  And it means I have more cool stuff to show you. 😀

This little fuzzball likes to party at night. 🙂

4 thoughts on “Critter of the Week: Leedsichthys”