Yes, Opie seems to think he’s a big lapdog, and he loves it when you stroke his feathers.  Where is he off to now?  It looks like he’s going to show you his favorite toy…Opie carries Teddy around everywhere.  He’s gone through quite a few “surgeries” to poke the stuffing back in after Opie nibbled on him.

Oh! That’s Miss Kitty peaking around the corner.  She’s a little shy after Opie tried playing a game of snatch with her.  He’s just a big softie though, and he only wants to play.  He’ll get a little droopy when Miss Kitty doesn’t understand.  So he’ll curl up in his bed to snuggle with Teddy, and he’ll chirp happy chirps when he snuggles.  He sounds a lot like this…

Speaking of soft and cuddly, those feathers are rather like those on an emu or kiwi.  Looks a lot like fur, doesn’t it? 🙂 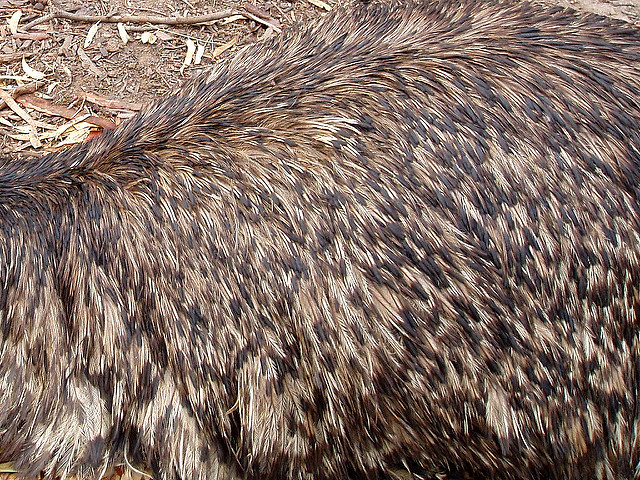 Since I’ve finished the dummy book and got Douglas all done for last week’s critter of the week, now I’m at a crossroads.

It’s evaluation and decision making time on what I should work on next. And here are my options…

Here’s the reality…and it hit me over the weekend as if someone took the book I was reading and thumped me over the head with it.

So whatever project I choose to do next, I better make sure priorities are solid and that it’s something I can actually accomplish in 3 months.

For that reason, I have decided to go with option #2.

Even though I really want to fix up Dippy vs. Ball, being ready and prepared for February is definitely a priority.

So all in all I hope you’re not too disappointed that I won’t be working on Dippy vs. Ball just yet. We’ll get to find out how I can make progress like a ninja tortoise on that once Babysaurus is born. 😀 It’ll be a slow 6 months, but even one step is better than not walking at all.

That said, what does prepping for February mean exactly?

The gallery exhibit will be held at my local library, and they were very interested in my suggestion of showing what is involved in making a picture book. So the gallery will include…

I am most excited about building my little diorama of my illustration, and this is the one I’ll be working on. 😀

It’s the spread I am most confident on, and I know exactly which changes I want to make on it. Plus it’s one that I really need to make a diorama, for Steggy’s weird anatomy and where the family would fit best. It should be a relatively easy diorama too, since I have plenty of rocks and gravel right around my house I can use for the landscape.

I’ll also use this opportunity to figure out the whole video thing. So I’m off to watch more Youtube tutorials on dioramas, macquettes, and video recording! 😀

5 thoughts on “Critter of the Week: Ornitholestes”