Meet Ron. He’s the flying ace.  He’ll swoop from the sky, dive into the water, and swim anywhere for a shiny fish. 🙂

Rrr- just how do you pronounce that?  I wasn’t 100% sure on that myself, so I looked it up on Youtube…

There, mystery solved. 🙂  Sure would be nice if there was a video like this for all the really long and complicated dino names, especially some of the more recent Chinese ones.

Oh, and before you ask, yes, there is evidence that pterosaurs can swim. 🙂 Ron here seems to spend most of his time in water, which might be why we have so many perfect fossils of this little guy. 🙂

He’s fast though.  It took a whole bucket of fish to entice him to come over for a quick chat.

And there he goes!  Ah well, if you want to know more about these guys, I know a pretty awesome blog post written by the great pterosaur expert, Mark Witton.  It has lots of pretty pictures too!

Unfortunately, it seems that Murphy’s Law crashed down on me this week. Everything that could delay progress happened right at nap time. I did do a little here and there outside of the kid’s usual nap time, but that hour or so of quiet is the time I really make progress, and everything from diaper blow-outs to bobcat attacks on my chickens ensured I had very little time for crafting.

But I won’t leave you empty-handed. 😀 I thought I’d share some of my research references I’ve been reading to ensure my little Steggy and her environment are as accurate as I can make them. 🙂 Of course, I will be posting all these references on the reference page as well.

First off, the books…

I’ve been relying on Jurassic West quite heavily, since most of the critters in my book happen to be from the Morrison formation. I’ve been using information on Stegosaurus itself, and info on potential neighbors and the environment they lived in. 🙂 Illustrations in this book are a bit dated (for certain reconstructions anyway), but the text is still pretty solid. 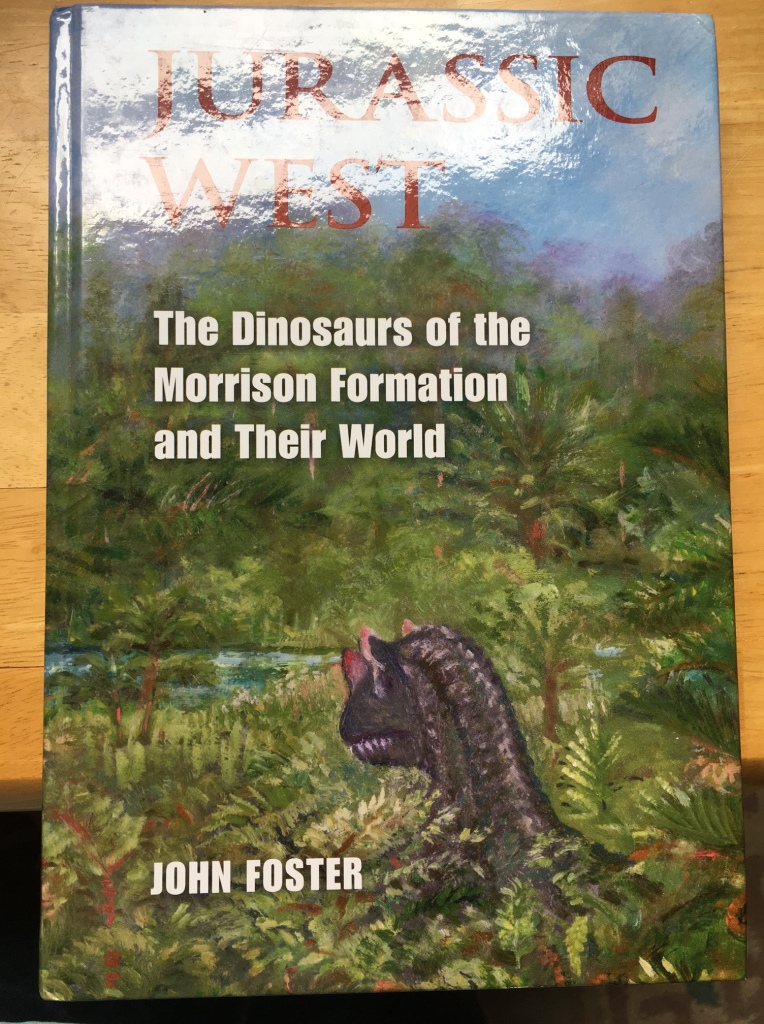 Life in the Age of Giants has been most helpful in creating a visual for Steggy’s climate and habitat. Even though this book is mostly on sauropods, it has a lot of great info near the back concerning the current knowledge of what different ecosystems were like. With beautiful pictures! 😀 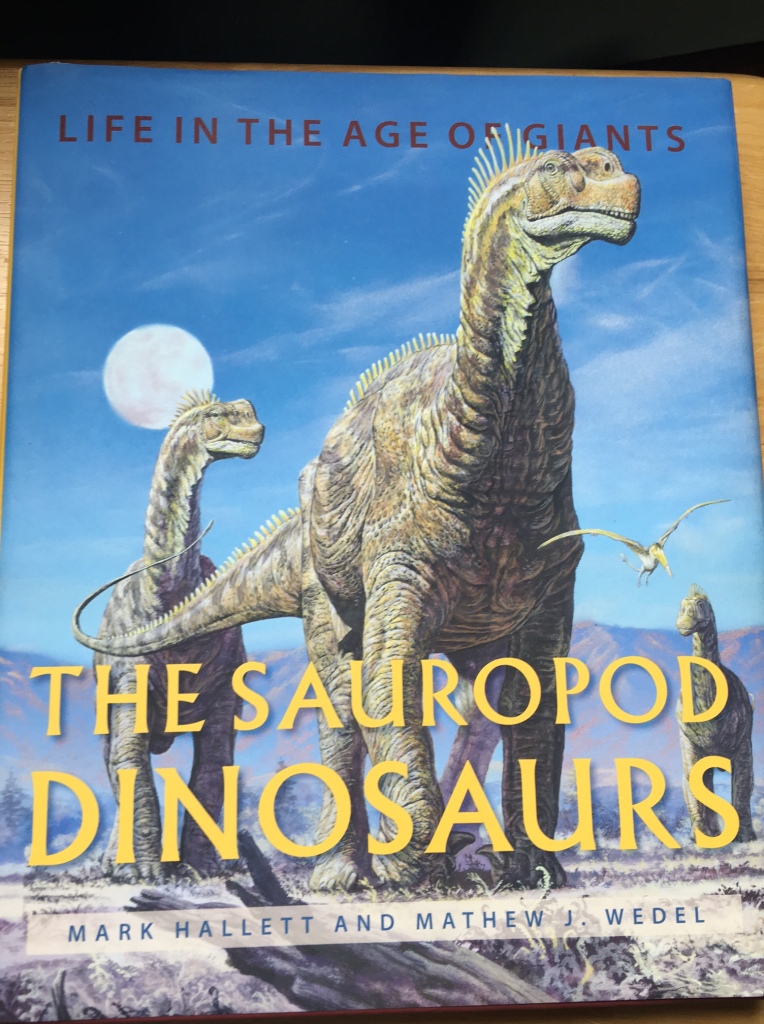 The Stegosaurus Plate Controversy…I love just about anything on Tetrapod Zoology. This article has a few pictures of good stego mounts, and discusses the function of Steggy’s plates.

The Evolving View of Stegosaurus…I just have to say, Matthew Martyniuk’s blog DinoGoss is amazing. This blog post has a lot of interesting history on Stegosaurus, a few great pictures of several mounts, and his own lovely reconstructions.

Stegosaurus Bite Strength Revealed…This article is basically a much more digestible summary of this paper comparing the bite strength of three animals with similar skulls- Stegosaurus, Plateosaurus, and Erlikosaurus. Knowing bite strength gives more detail on what Steggy likes to eat. 🙂 Which gives me better ideas on what sort of plants to have around Steggy.

First Steps of a Baby Stegosaurus…I love the 3D model of the baby stegosaurus foot print. Also has a picture of an adult stego track. 🙂

Stegosaurus at the Morrison Natural History Museum…This is basically a blogger’s online tour of a museum exhibit. Because I can’t be assured of the accuracy of the information, I’m just looking at those glorious Stego footprints. 😀 I’m trying to make sense of what Steggy’s feet would actually look like fleshed out, and tracks are the best way to do that.

A Lecture on Late Jurassic Morrison and Tendaguru Formations…An online lecture from Columbia University. Just another reference of the climate and environment Steggy lived in, with a few tidbits on Stegosaurus itself.

Of course, my reference list wouldn’t be complete without a description of Sophie, the most complete Stegosaurus specimen to date. 🙂

Enjoy all the reading material! After how crazy this last week was, I won’t be making any promises, but I’ll certainly try my best to make better progress this week! 🙂

He looks tough, but once you get to know him he’s loyal to the core…and more of a softie really. 🙂

7 thoughts on “Critter of the Week: Rhamphorynchus”